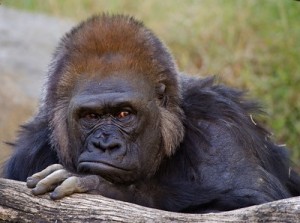 Putting Immunity to Change in a context for understanding. According to a standard analysis of human action in 20th century philosophy, any of the three aspects of human action can be understood and predicted by the other two: beliefs, desire, and behavior. That is, the claim is that if we know what a person believes and wants or desires, then we can predict what the person will do. Likewise, if we know what a person wants and what they do, then we can say what they believe.(1) With Freud’s construct of the unconscious, we can enrich that picture by understanding that any of the three can be conscious or unconscious. That is, we can more adequately represent how humans function if we acknowledge that beliefs, desire, and behavior can each be conscious or unconscious.(2) This makes the picture of being human much more complex and gives us a way to understand what’s going on when people “get stuck,” that is, when we are unable to act in ways that reflect what we believe and want. This picture suggests that in order to get “unstuck,” one needs to become conscious of at least something of which one has not heretofore been aware. In the coaching literature (and other “help” literatures), this is commonly referred to as coming to see one’s blind spots.(3)

Kegan and Lahey add an important twist: our desires or commitments may be mutually incompatible and in competition, which can account for our being stuck. In particular, our desire to change how we act — a change necessary to achieving a goal — can clash with a desire to maintain our current self-protective ways of behaving. This enriches the coaching-client landscape yet further, for it introduces another way in which we humans are irrational, viz. we are fully capable of stepping on the gas and brake pedals at the same time. Placed in this context, Kegan and Lahey give us a way to display competing commitments, so that an individual or a group can make decisions about altering the entailed “mindset,” thus creating the change that enables commitments or improvement goals to be met.

The metaphor of immunity. Kegan and Lahey are not just talking about resistance to change. The metaphor matters. They call us to attend to the biographic character of the resistance. They point out that “an immune system comes into being to take up a critical mission in a dangerous world” — a system that “seeks to protect you from what you think might kill you” (296). That makes tinkering around with one’s immune system a scary, idiosyncratic business. As Kegan and Lahey put it, supporting the work to override an immune system requires specific understandings of particular individuals and as such requires “human cultivation, not human engineering” (317). Hence, the task is one of individual transformation — a reforming that can be done only by facing and examining one’s own fears.

Accessibility of method. Kegan and Lahey build their method for enabling individuals and groups to change by seeing what works with thousands of persons. The result is a relatively simple method that incorporates a wealth of understandings about human transformation. They offer a set of sequential questions for “X-raying” or describing each individual’s or group’s system of immunity to change:

First: What is your commitment or improvement goal?

Second: What are you doing/not doing that is preventing you from meeting that commitment?

Third: What’s worrying you? That is, what are the (fear-based) hidden competing commitments?

Fourth: What big assumptions are you making that make your fears get in the way of your commitment to your improvement goal?

While this is a simple method, it is not simplistic. For example, there is no stopping with the second question to try to engineer solutions via will-power. Nor is there getting hung up with probing for etiological explanations of one’s fears for the third. The call is instead for one to reflect on the ways one’s beliefs and fears get one stuck — to stay with description, so that one can then make choices and build practices to modify the “mindset” that drives one’s actions.

Immunity to Change is a conceptually solid, accessible resource for both coaches and clients.

(2) For an especially elegant illumination of Freud’s contribution to our understandings of how the human mind works, see Richard Wollheim, The Mind and Its Depths (Cambridge, MA: Harvard University Press, 1993).

(3) There is another related line of inquiry about how we humans change or don’t change our minds. The work by Thomas Kuhn, Imre Lakatos, and others on conceptual change beginning in the 1970s points to failures of rationality in the resistance to conceptual change in scientific inquiry. While Lakatos’s notions of “core beliefs” and a “protective belt” of related beliefs provide richer tools for creating a description of how beliefs are sustained in the face of evidence to the contrary, I would argue that Kegan and Lahey address more successfully how such resistance is lodged in the psyches of those humans conducting the scientific inquiry, of those leading organizations, and, for that matter, of anyone leading a life.

Look for my first substantive post within the next week.  I will be reflecting on Robert Kegan and Lisa Laskow Lahey’s Immunity to Change:  How to Overcome It and Unlock Potential in Yourself and Your Organization (Harvard Business Press, 2009).  My posts will usually regard texts that make important contributions to the understanding and practice of executive coaching.